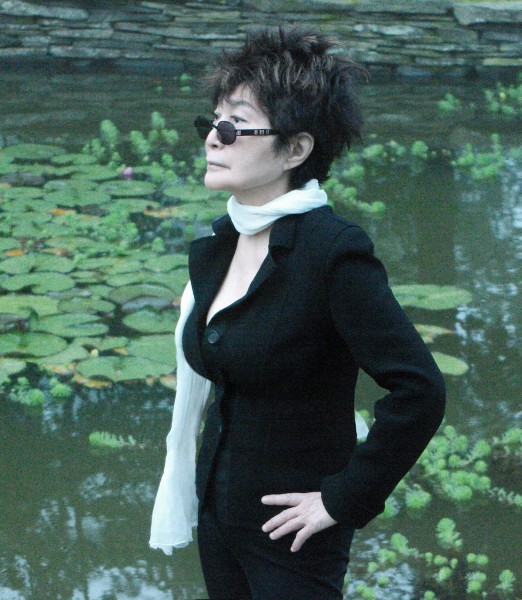 A crucial member of the New York avant-garde in the 1960s, which gravitated around John Cage, Yoko Ono developed artistic forms between poetry, performance, cinema and experimental music. She mainly participated in one of the most important artistic currents of the 20th century, Fluxus.

For the general public, Yoko is particularly known for the couple she formed from May 1968 with John Lennon, until her assassination before his eyes in New York on December 8, 1980. The latter used to call her "the world's most famous unknown artist".

Known for her experimental art, music, filmmaking, and feminism, as well as for her marriage to John Lennon, Yoko Ono was a major figure in the 1960s New York underground art scene, and she continues to produce work and make headlines today. Of several iconic conceptual and performance art pieces that Ono produced, the most famous is Cut Piece (1964), first performed in Tokyo, in which she kneeled on the floor of a stage while members of the audience gradually cut off her clothes. In the ’60s and ’70s Ono was associated with the Fluxus movement—a loose group of avant-garde Dada-inspired artists—and produced printed matter, such as a book titled Grapefruit (1964) containing instructions for musical and artistic pieces. Other works include Smoke Painting (1961), a canvas that viewers were invited to burn. John Cage was a major influence and collaborator for Ono, as was the godfather of Fluxus, George Maciunas.